The ferry at Fauquier is generally known as the Needles ferry. One may wonder why this is so. Before the valley was flooded for the BC Hydro project in 1967 there was Needles, a prosperous little town on the other side of the lake. Mrs. Annette Devlin describes the early beginning in a report with pictures, which with her kind permission I have taken from her own personal archive. 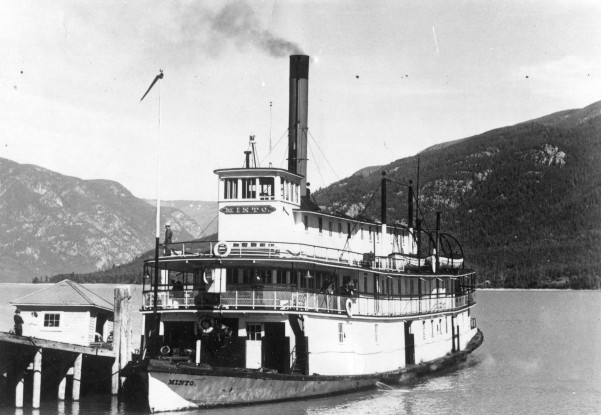 Why did many old timers always speak of Needles as “The Needles”? This was due to the long sand points that reached out into the lake. In the late 1800’s and early 1900’s there was a rapidly growing district surrounding the town site of ‘Needles’. Amongst the early settlers of Needles were Mr. & Mrs. Robert Shiell and brothers, Jim and George Shiell who arrived in 1900. They first lived in some of the early day miner’s buildings at the Monashee mines. In 1903 there were only four names on the voter’s list. 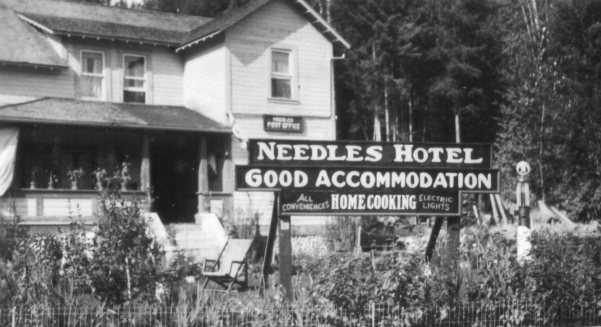 The settlers at that time working in the district had over 1500 acres of highly approved land cleared, cultivated and planted to orchards. Within a year’s time Needles became a large fruit-distributing centre. In one season there were over 3000 boxes, crates and trays of all kinds of the highest quality fruit sent to prairie markets. One of the most valuable additions to the town was the large packing house, which was completed in 1913. A government wharf was also built at that time. The first schoolhouse was built in 1908 and the first teacher was Mr. Freeman. The first post office was at Mr. J. Bang’s place in the Inonoaklin Valley (then Fire Valley) and was moved to the Shiell’s home in 1902. 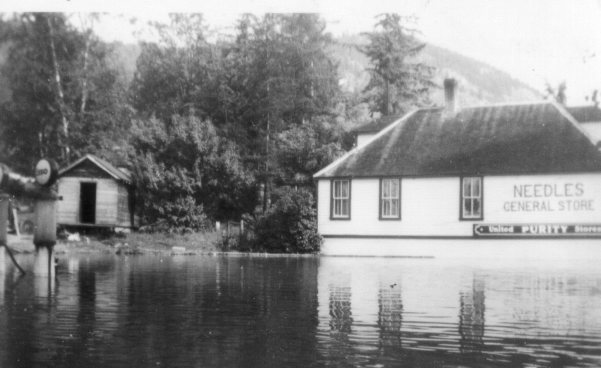 Needles General Store after a Flood