in house, yard and garden

1919 – 1927 Employed in various households, in Berlin, Lauenburg (Pomerania), and Danzig (West Prussia) among other places, payment was given by way of room and board and a small allowance. The working conditions were generally challenging, but rewarding especially when little children were involved.

1940 -1945 in Oberhof, Silberberg and Gutfelde near Dietfurt (Znin) in charge of the three estate households

January 1945 Flight from the approaching Red Army all the way to Arnswalde, Pomerania, found temporary refuge with her family in a forestry building, her husband (Peter’s father) was deported to the Soviet Union where he had to work in a coal mine, after the forestry building had burned down she received permission from the Russian commander to travel to Belgrade, where she hoped to find the other children Karl and Adolf, who attended a boarding school. There she found out that the eldest sons had already taken off on an adventurous and dangerous journey through several battle zones.

1946 Boarded refugee transport train with her two youngest sons Gerhard and Peter and landed in Holstein, whence she was relocated to Rohrdorf, a small village in Southern Germany 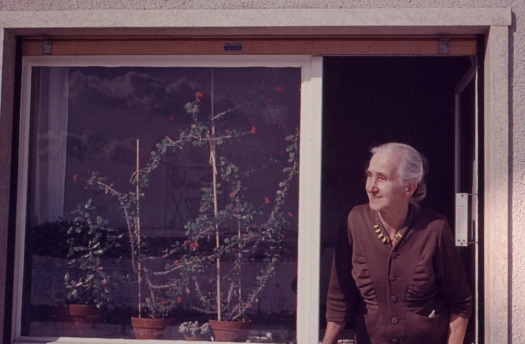 1962 – 1974 Moved with her sister Maria to Watzenborn-Steinberg (Pohlheim) into the rental house, where Günther and his wife Lucie lived

1980 Moved with her sister Maria to Gladenbach into a Home run by the provincial welfare department.