Participant in the Boxer Rebellion (Chart I – II)

Karl, the third child of Friedrich and Emma Klopp (my grandparents), was born in Jersleben on March 25, 1878. From 1884 to 1892 he attended the elementary school in Wolmirstedt and after that was apprentice and then journeyman at the number of dairies.  Until 1898 he was employed in Ebersberg, Bavaria. From there he was drafted as a recruit on October 14, 1898 into the third company of the First Rifle battalion in Straubing. A year later he was promoted to the rank of Oberjäger (corporal). 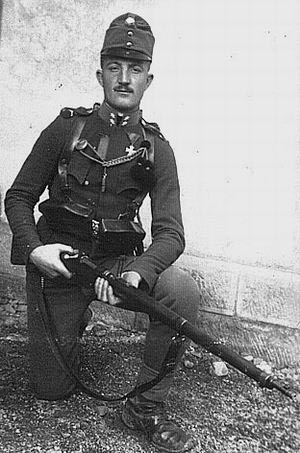 From July 1900 he belonged to the allied armed forces whose task was to quell the so-called Boxer Rebellion in China. As this part of imperialistic history may not be known to many readers of my blog, until myself included, I digress from the narrative of Karl’s adventurous year in China with the following excerpt from wikipedia.org.

The Boxer Rebellion, Boxer Uprising or Yihetuan Movement was an anti-imperialist uprising which took place in China towards the end of the Qing dynasty between 1899 and 1901. It was initiated by the Militia United in Righteousness (Yihetuan), known in English as the “Boxers”, and was motivated by proto-nationalist sentiments and opposition to foreign imperialism and associated Christian missionary activity. The Great Powers intervened and defeated the Chinese forces.

The uprising took place against a background of severe drought and the disruption caused by the growth of foreign spheres of influence. After several months of growing violence against the foreign and Christian presence in Shabdong and the North China plain, in June 1900, Boxer fighters, convinced they were invulnerable to foreign weapons, converged on Bejing with the slogan “Support Qing government and exterminate the foreigners.” Foreigners and Chinese Christians sought refuge in the Legation Quarter. In response to reports of an armed invasion to lift the siege, the initially hesitant Empress Dowager Cixi supported the Boxers and on June 21 declared war on the foreign powers. Diplomats, foreign civilians and soldiers as well as Chinese Christians in the Legation Quarter were placed under siege by the Imperial Army of China and the Boxers for 55 days.

Chinese officialdom was split between those supporting the Boxers and those favoring conciliation, led by Prince Qing. The supreme commander of the Chinese forces, the Manchu General Ronglu (Junglu), later claimed that he acted to protect the besieged foreigners. The Eight-Nation Alliance, after being initially turned back, brought 20,000 armed troops to China, defeated the Imperial Army, and captured Beijing on August 14, lifting the siege of the Legations. Uncontrolled plunder of the capital and the surrounding, along with the summary execution of those suspected of being Boxers.

The Boxer Protocol of September 7, 1901 provided for the execution of government officials who had supported the Boxers, provisions for foreign troops to be stationed in Beijing, and 450 million taels of silver—more than the government’s annual tax revenue—to be paid as indemnity over the course of the next thirty-nine years to the eight nations involved.

More details of these events in East Asia, the atrocities committed on both sides, the role Germany played in the Eight Nations’ Alliance (UK, France, Germany, Italy, Austria-Hungary, Russia, Japan and USA) can be found at https://en.wikipedia.org/wiki/Boxer_Rebellion.

Military Service in China and Bavaria (Chart I – II)

During the Boxer Rebellion Karl Klopp first belonged until June 1001 to the 4th East Asian Infantry Regiment ‘Count Montgelas’, then until the completion of the campaign in October 1901 he was part of 2nd Infantry Regiment.

On March 8, 1901 he participated in a mountain battle at the Thanscheng Pass. There he succeeded in the capture of four cannons, for which he received for the first time military recognition. Overall he was awarded during his service the Bavarian medal for bravery, the Prussian military medal, the Austrian First Class Medal for Bravery, the China Commemorative Coin and the Prince Regent Luitpold medal. 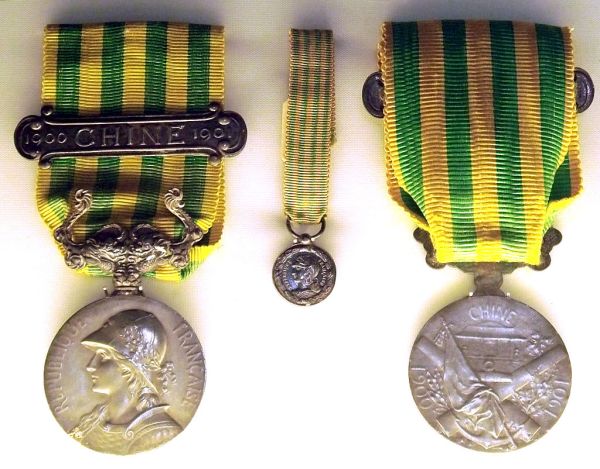 After his return from China he served until September 1903 again at his home battalion at Straubing. There on March 1, 1902 he was promoted to the rank of a sergeant. His subsequent assignment to the Infantry Regiment ‘Prince Ruprecht’ can be seen as a special privilege and preference in recognition of his exemplary role as a leader.

During that time he suffered an injury to his left knee and was transferred on October 5, 1903 to the reserve beginning his civilian life.