To the inner circle of the flying aces which Hermann had to leave behind belonged among others Lieutenant Ernst Udet (1896 -1941), who had also joined the Richthofen fighter unit, and the artillery reconnaissance pilot and later writer Carl Zuckmayer (1896 – 1977).

Hermann received the Iron Cross for his brave aerial assignments, He did not take part in the last battle of his unit on 5 November 1918, nor the humiliating order to demobilize on 8 November 1918. Two days later Commodore Hermann Göring reluctantly announced the disbandment of the airforce.

In 1919 Hermann, halfway restored, took on an agricultural administrative post near Lobsenz, County of Wirsitz (today Polish: Luchowo near Lobznica). The area suitable for agricultural use amounted to about 2398 ha. Hermann’s workplace was reportedly on the adjacent Prussian state property. In 1920, the County of Wirsitz, as dictated by the Versailles Separation Treaty, became part of Poland. The now German-Polish state boundary was running barely four km west of Loblenz. The property was transferred over to the Polish authorities.

In August or September of the same year, Hermann, now forced into a new line of work turned to his 22-year-old sister Meta (1898 – 1984). She lived at the time on the Julia Steuer property “Neu Rosow, Post Colbitzow, County of Stettin.” The pond with no more than six little houses lies only about 300 m east of the new border with Poland since 1945. Sister Julia Steuer offered to the awesome former flying ace a preliminary rescue anchor. In 1922/23 he met with his brother Ferdinand, who found himself in a similar predicament, in the brick and mortar factory of Diensdorf at the Scharmützel Lake. Here both were able to find temporary employment and income.

There is normally not much sunshine in February in our neck of the woods. When there is, one needs to go out to soak up enough of the sun’s invigorating energy to carry us through the next gray and depressing period. On those bright occasions, I always carry my camera ready to capture the beauty of the winter landscape. Enjoy.

Waiting for the clouds to lift 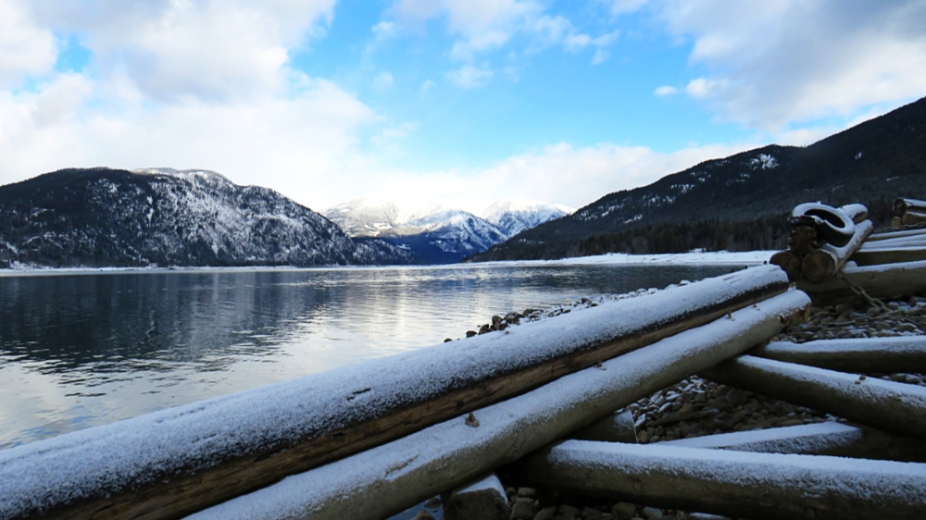 Finally, a blue sky to enhance the landscape

A rosehip’s head and nose covered by snow crystals 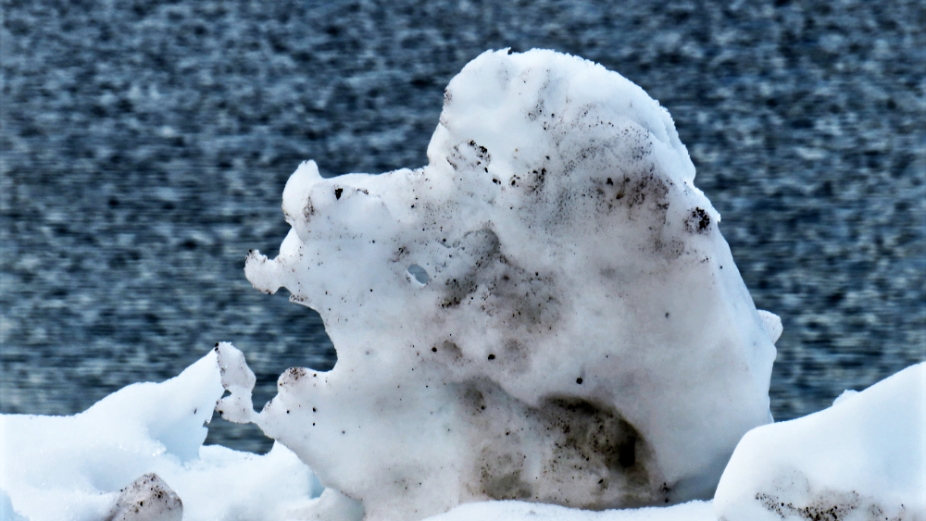 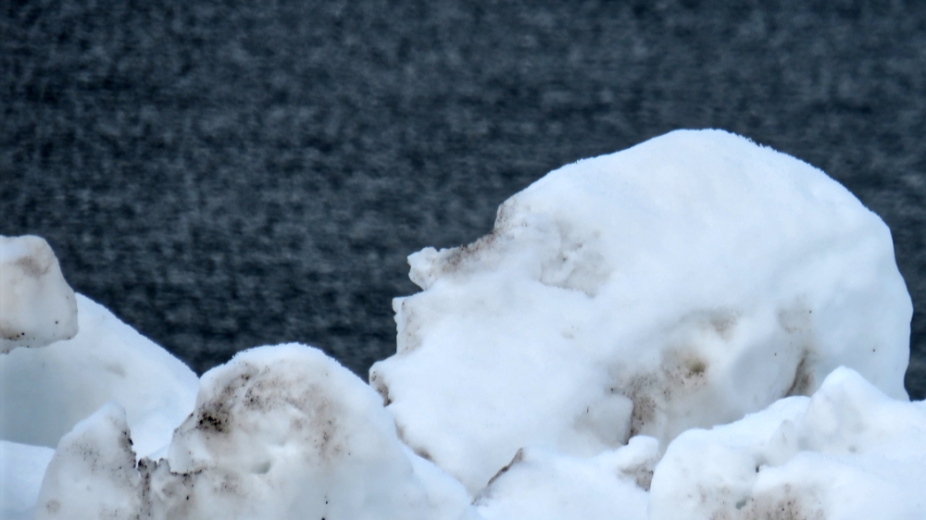 Friedrich and Emma’s eleventh child, Hermann was the first one to be born in the recently acquired house on 30 August 1892. In 1903 the eleven-year-old boy moved with his mother Emma and his six younger siblings to the farmstead at the village of Elsenau near Schönsee (now Polish: Kowalewo Pomorski) in West Prussia. Hermann completed an agricultural apprenticeship in that area and found before 1916 an administrative post of the Prussian state property Wtelno near Gogolinke, county of Bromberg (now Polish: Witelno near Gogolinek, about 20 km northwest of Bydgoszcz). The agricultural area of the domain was 385 ha.

In 1916 Hermann became a soldier and participated in World War I. He enlisted at the newly established air force unit just as his brother Ferdinand, who had served from 1915 on at the airstrip Großenhain. In August 1917, according to an army postcard, he became a fighter pilot trained at the “Flieger-Ersatz-Abteilung I”.

From March 21 to November 10, 1918, the day of the unit’s closure, Hermann Klopp belonged as a lieutenant and fighter pilot to the Airforce Unit I, which was headed by Manfred von Richthofen (1892 – 1918). Hermann was on active duty when his leader was fatally shot down on 21 April 1918 between Bray and Corbie (France).

Since the end of March 1918 the headquarters of the famous unit JG I was moved forward to the airport Léchelle as part of the German March offensive. After Richthofen’s death, First Lieutenant Reinhard became Herman’s new leader. On 6 July 1918 Captain Hermann Göring (1893 – 1946) was installed as the last commanding officer of the Imperial Airforce.

Under Göring’s leadership, the distinguished and audacious unit suffered heavy losses in the summer and fall of 1918. During the course of these air battles, during which Lieutenant Hermann Klopp flew the fighter plane Fokker D VII, his flying machine was shot down in the vicinity of Léchelle/Cappy. Seriously wounded he was transported to the nearest field hospital. It was found that he received a non-operable lung shot, from which he suffered for the rest of his life.

While the weather feels miserable and the clouds hang depressingly low, it is best to focus on some creative indoor activities. Thanks to the many encouragements from my blogging friends, my wife has been very busy with her rock paintings. The floors are covered with old and new artwork. Here is but a small sample. Enjoy. 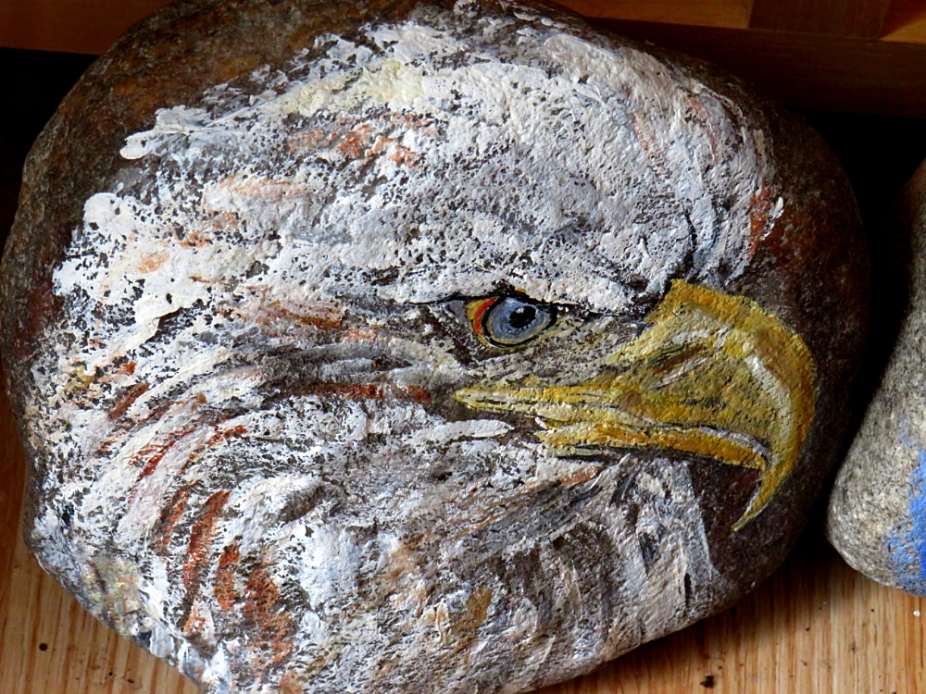 Like the seventh child, the tenth descendant of Friedrich and Emma Klopp (my grandparents) died prematurely. Hermann was born on 26 April 1890 in Jersleben near Wolmirstedt. His name is not mentioned in the Klopp family records. The sixth Klopp son was baptized by the renowned regional historian of the Altmark Dr. Friedrich Daniel, who had been a pastor in Jersleben since 1887. The date of the boy’s death could not be determined from the official towns’ records of Wolmirstedt, Jersleben and Elbeu. All relevant circumstances point to the fact that Hermann took part in mother Emma’s resettlement and move to Elsenau, West Prussia (County of Schlochau) in 1903, where he passed away shortly after their arrival in his early youth.

St. Jacob’s Church in Schlochau, the administrative centre to which the village Elsenau belonged.

On the first Sunday in February, my wife and I decided to take advantage of the first sunshiny weekend of the year. The road down to our favourite campsite was so buried in deep snow that we had to park our car on the main road. Fortunately, the partially melted snow cover had frozen so hard that we could easily walk down to the beach without any trouble. The sun felt warm in spite of the subzero temperature. It was an invigorating hike, and the photos, which I took home and I have chosen for today’s post,  were an additional bonus. Enjoy. 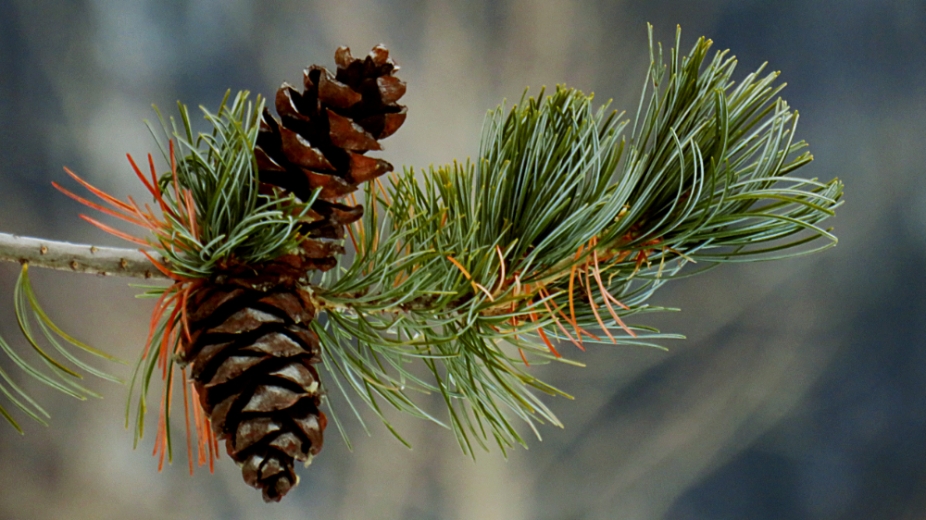 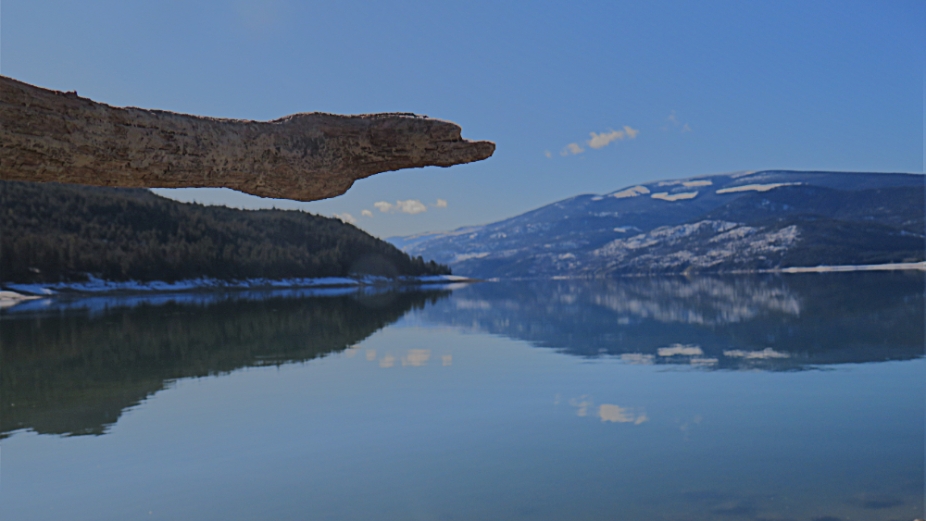