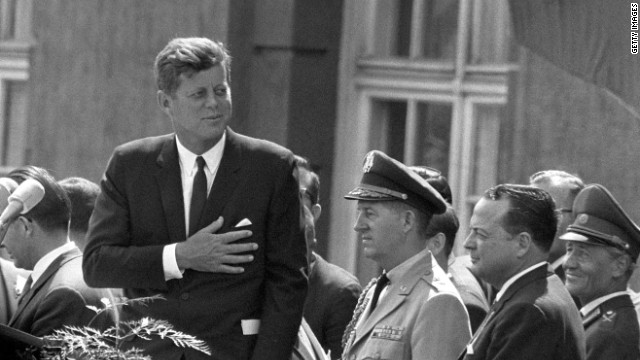 But first I had to endure another blow. Death had given me in quick succession several reminders of our transitory life here on earth. On November 22nd at the Maxhof army residence. I was listening to the American Forces Network (AFN Munich). The DJ suddenly interrupted the Country and Western music and after a short pause announced that President Kennedy has been shot in Dallas, Texas. Later that night it was reported that he had died of his gun shot wounds. I was shocked over the news of this tragedy, as I had taken a liking to this great man, for his fortitude to force the Soviet Union to remove their missiles out of Cuba. I liked the way he had publicly committed himself to the security of West Berlin. His famous statement, ‘Ich bin ein Berliner.’ will remain in me for as long as I live. Then in January our staff sergeant Wohl had a fatal accident, when his VW beetle collided with a public transit bus on an icy hillside road in Feldafing. Gauke and I and two other comrades accepted the sad task of becoming his pallbearers. I will never forget the heart-rending sobbing of the widow in the front pew, when the officiating priest addressed her with a few consoling words. A couple of weeks later, almost if death intended to remind me again of its presence, I lent sixty marks to a comrade so he could buy a train ticket to attend his grandmother’s funeral. On the morning of February 26th I was called out of the office to see the captain for an important message. This time Gauke stayed behind at his typewriter, and I went a little puzzled and worried to captain’s office alone. After I sat down, he informed me with genuine regret that my father had died of a massive heart attack during the night of February 25th. The officer granted me a five-day compassionate leave, effective immediately. I was numb. I could not respond with a single word. The captain deliberately ignoring military protocol shook hands with me and spoke kind words of condolences. Only a small number of family members, aunts, Erna’s relatives and friends attended the funeral in Michelbach. I wrote and dedicated a poem to my dad. The poem ended with a line in Latin:

I mourn the living, not the dead.

Grieving Father’s death and attempting to overcome the blow, I wrote Biene that I needed time to respond to her wish to see me again. It also took me quite an effort not to mention her pen pal from Morocco in my letter. Perhaps I should not have suppressed my feelings. For jealousy although often portrayed as a negative force has its legitimate place. Just as we need fear to protect us from dangerous situations, a small dose of jealousy at the very least reveals that you care and are sincerely concerned about your partner’s affection. 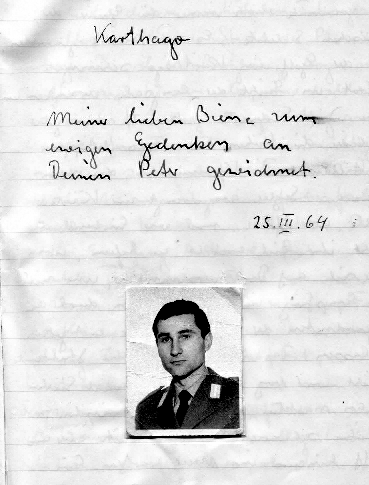 Back at Maxhof I began to edit and to copy in my very best handwriting the novella ‘Carthage’ into a thick green covered notebook. I dedicated the more than 200-page book to Biene. As it was not only a historical novel but also a testimonial of my love to her, it turned out to be quite literally the longest letter I had ever written. More importantly it ended in such a way that Biene herself one day could write the final chapter not as a flowery addition to an imaginary tale, but a true story with Biene and me being the main characters in the real world. At the time of my transfer back to Koblenz I was back home to celebrate my 22nd birthday.  There I mailed the book to Biene, after I had mysteriously hinted in a previous letter that I would be mailing her a very interesting book portraying us as Claudia and Publius. In the accompanying letter I wrote, ‘Dear Biene, you have sensitivity and understanding, Even though in this book everything had happened over two thousand years ago, its content is so current and volatile that I would not dare to show it to anyone but you. Whoever opens his heart is twice as sensitive and vulnerable. You will read many a chapter filled with blood-curdling details about this fateful city. Just remember what happens here in terms of physical suffering and pain is to be understood at the psychological level. I have been writing the novella for a long time. Personal experience and history went hand in hand to create it. The shock I experienced last fall put a sudden end to the story. You will notice that the form of the narrative lost its formal structure and the story ends in a desperate monologue. About some of the things, which I have written, I think differently today. But I have not lost my idealism. I am searching for a world, where I can turn my hopes and aspirations into reality.’  I felt like a general, who in a last-ditch effort committed all his troops and resources and staked everything on one card to win the battle and claim the prize of victory. 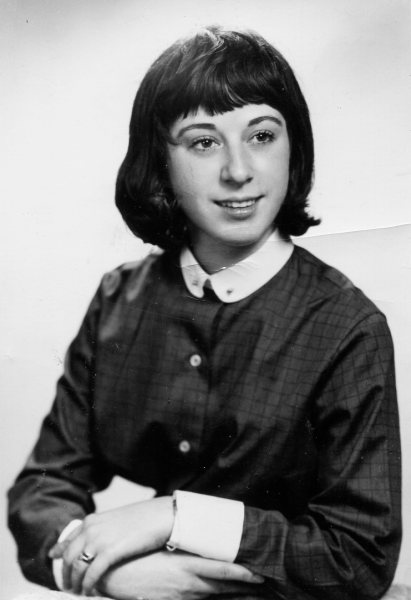