Great Blunder and a Gentle Rebuke 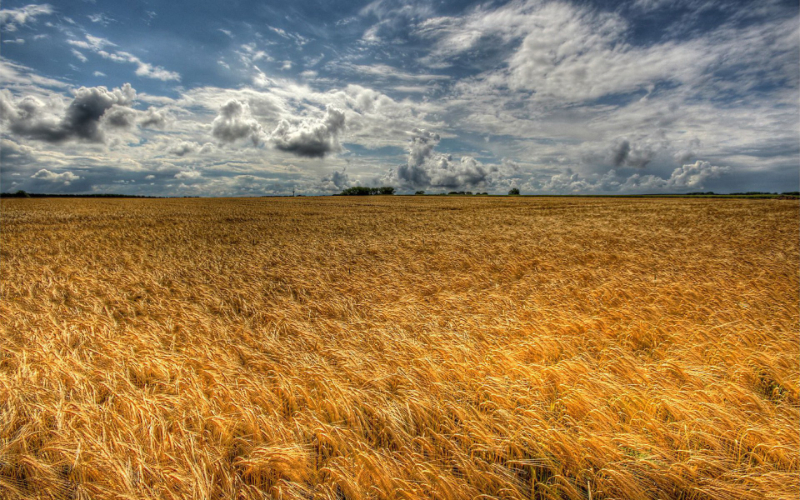 Half way through the afternoon I noticed that the tractor was running low on fuel. Harry had gone to town to get some supplies. So I took matters into my own hands and drove the tractor to one of the nearest fuel tanks. They stood high above the ground on sturdy metal legs, letting gravity do the work. After I was done filling up, I restarted the tractor and headed back to the nearest fence post. While I was driving, I detected an acrid smell in the air that I had not noticed before. Heavy black smoke belched out of the vertical exhaust pipe. The engine began to stutter and threatened to stall. Panic stricken I immediately turned off the ignition. At that very moment Harry had returned from town and parked his truck right beside me. From a mile away he had seen the ominous smoky telltale that there was something seriously wrong with his tractor.

“The tractor was low on fuel, so I decided to gas up,” I replied.

“Which storage tank did you use?”

I was getting a bit alarmed by Harry’s questions. Sensing that I might have done something wrong, I answered rather timidly, ”From the one nearest to us.”

“Well, Peter,” he began calmly explaining without the slightest trace of anger in his voice, “this is a gas driven tractor. You just refilled it with diesel. You did well in turning off the engine. You could have damaged it, you know.”

We spent the rest of the afternoon draining the tractor tank and refueling it with gasoline. On startup dark sooty smoke was still spreading its foul stench into the air, but after a few more minutes the oil had been cleared from the internal parts. The engine was chugging along again at its regular smooth rhythm. How grateful I was to Harry for letting me carry on the next morning in spite of my blunder at the fuelling station!

At the end of the week I had pulled out all the posts, had loaded them on a utility trailer and had hauled them away. I was beaming with pride, when Harry entrusted me with a much more challenging task I was supposed to start on the following Monday. With the removal of the old posts I thought I had merely cleared away an eyesore, which would in fact be very low on a wheat farmer’s priority list. Rather I had created some more space for the expansion of the existing wheat field. Harry had already plowed that part and said that my job would be to drag the harrow over it to break up the clods and remove the weeds. For that he added he would let me use the brand new John Deer tractor. It goes without saying I was absolutely delighted about my latest assignment. 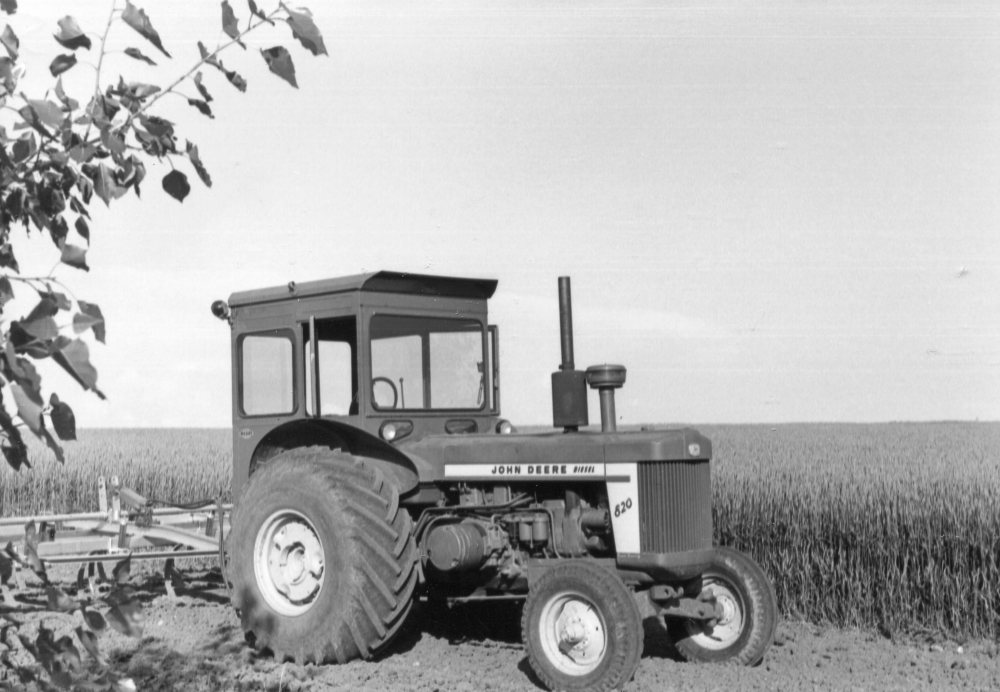 The Immense Wheat Field behind the John Deer Tractor

Anyone who ever stood in front of a wheat field so large that one could not see where it ended would understand my fascination about the mysterious way the wind was playing with each individual stalk to create the illusion of waves swirling over the giant expanse in front of me. Unlike an ocean wave, where the water molecules bob up and down and actually never move forward except at the surf near the beach, a wheat wave consists of myriads of stalks swaying in the wind following in faithful synchrony its force and direction. This is especially spectacular to watch when the direction of the wind suddenly shifts, at times creating the strangest patterns of circular motion. They appear to dance around as one unit  until they suddenly dissolve and unite again in perfect harmony with the action on the entire field.