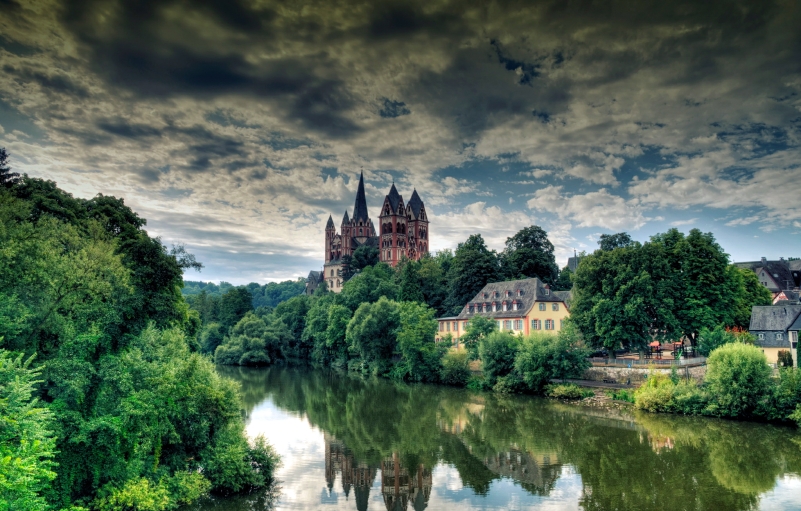 The wall, which had caused so much grief, had finally collapsed. A fresh breeze of lightheartedness entered our hearts and prompted us to write more cheerfully about our feelings towards one another. We felt safe to joke and banter about our relationship. For example, when I referred to Don Giovanni, the lover of over a thousand women, and boldly declared  that my favorite line was ‘but in Spain already one thousand three’, Biene teasingly asked if she was perhaps Don Pedro’s 1003rd. In that case she would plan her revenge and demand that for me to be forgiven I would have to sing her an aria to demonstrate my true repentance.

At the end of our visit to the opera Biene managed to slip a good luck charm into my coat pocket. It turned out to be an effective substitute for the originally intended love potion. This talisman was a little man made out of wood with lots of hair spreading profusely into all directions. Biene truly believed that he would do its magic and completely surrender my heart to her. While I was less inclined to lend credence to such superstition, her strong belief proved her right. The little man with its exuberant hair both amused and endeared me to Biene all the more so, as my army buddies knowing its romantic origin and loved that cute little fellow and constantly teased me about it. Of course, I reported back to Biene how much I loved her good luck charm. When she feigned jealousy over Don Pedro’s love affair, I lectured her good-naturedly that since my cute new friend was a gift from her I considered him part of her and therefore incredibly she would be jealous of herself. Of course, I relished the excitement and bantering Biene’s gift had generated in Room 328. One morning I discovered my roommates had braided his hair. When they threatened tongue-in-cheek to cut it off, I made them all sign a written promise in a letter to Biene that they would not utter such threats again. Just to be on the safe side, from that moment on I kept the little man locked up in my closet.

It was also during the weeks before Christmas that my roommates being aware of my expertise in electronics started bringing their broken-down radios to me. Fortunately the radios suffered only from minor defects, such as blown fuses or tubes needing replacement and similar problems, which I was only too happy to fix. At home I began to assemble from a still functional transistorized tuner and electronic components from my parts box a little radio that I planned to use as a farewell gift for Biene before leaving for Canada.

Amid all this happiness there was just one fly in the ointment. Every once in a while with the regularity of the lunar cycle Biene would feel depressed and so miserable that according to her own words only I would have been able to comfort her, if only I had been present at such time. She would wake up in the middle of the night or even cry in her sleep. Quite frankly, not knowing anything about the so-called evil days that were often used in the German language as a euphemism for the monthly period, I was quite bewildered by the disturbing lines about her distressed state of mind. I felt an uncanny foreboding and wondered why the great joy she felt would not be strong enough to carry her across the occasional ups and downs. Afraid to walk across an emotional minefield, I chose to ignore such sentiments. I still had to learn that avoiding a problem was no way of solving it.

My Brother Adolf at the Marburg Castle 1964

For Christmas I mailed her an LP with excerpts of the best musical pieces from Mozart’s Don Giovanni, which immensely delighted her. She quickly regained her balance. Listening to the familiar tunes recreated the imagery of us two sitting together and holding hands. She in turn sent me a guitar booklet with easy to learn hillbilly songs, such as ‘My wife and I live all alone in a little hut we call our own’. Chords, which I learned and practiced to accompany the songs, supplemented the tunes.

At Christmas I had guard duty at an ammunition depot deep in the woods of unknown location. On my lonely night rounds along the eight-foot fence with the stars shining brightly from a cloudless sky above me, I had ample time to make plans for the future. That’s when I made up my mind to talk to Biene about them on our next rendezvous in the New Year. Indirectly I had prepared her for this by presenting one more time my thoughts on what according to my opinion fate was and perhaps more importantly what it was not.

… For I believe that we have still a lot of things to talk about. You know, a great decision will have to be made. But no matter, what it will be, it need not mean our permanent separation. Look, dear Biene, this is also the point, in which I have always voiced a different opinion. Fate can bring us death, turn us into cripples, take away father and mother, drag us into war, but we have in our hands the tender threads of happiness, and fate will take them only out of our hands, if we are incapable or unwilling to make use of them. I can promise you, ‘I come back again’. You can promise me,’ I will follow you’. This is our decision and not one of fate. And whether we both abide by it and act accordingly will be the proof of our love for each other. Now it is getting dark, and I must soon put on helmet and uniform. Have a wonderful holiday and always believe that I think of you often!

Amidst feverish preparations for our next get-together in the second week of January Biene mailed along with her Christmas letter two beautiful poems, one of which I like so much that I made an attempt to translate it into English.

And softly your gaze submerges.

But your gaze is only a weak glimmer like the starlight,

Which on the dark sea winks and blinks

And yet does not fathom the mystery of the deep.

Windows to the Soul by Gertrud Klopp