The summer holidays came as a relief from the mounting anxieties that I felt in school and at the Stoll’s. My parents put me on the train to Freiburg, where Aunt Meta lived at Maria-Theresia-Str. 4. 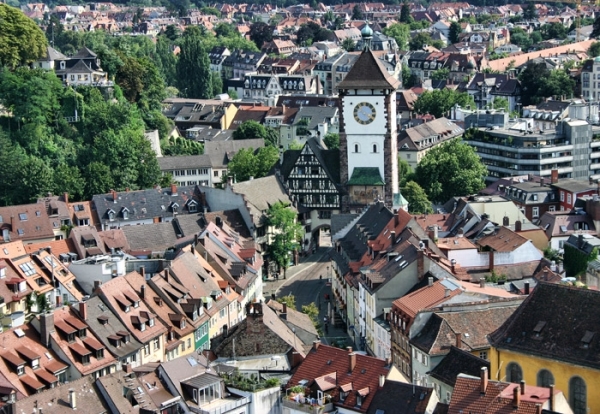 The city has now a population of 200,000 people. Historically, Freiburg has acted as the hub of the Breisgau region on the western edge of the Black Forest in the Upper Rhine Plain. One of the famous old German university towns, archiepiscopal seat, the city was incorporated in the early 12th century and developed into a major commercial, intellectual and ecclesiastical center of the region. Freiburg is located in the heart of a major wine-growing area and serves as the primary tourist entry point to the scenic beauty of the Black Forest.

When I arrived at my aunt’s apartment, I immediately felt that a great burden had been taken off my shoulders. Aunt Meta, Father’s youngest sister, cheerfully received me into her pleasant home and the love, which I had been so sorely missing for the last three months, she lavished upon the youngest child of her youngest brother Ernst. Her husband, Professor Vincenz Mülbert, had been suffering from a lengthy illness and was in the hospital during my entire stay. Meta Emma Klopp made me feel right away at home, and even though she had no children of her own, she was like a mother to me. And when I needed correcting for something in my conduct that she strongly disapproved of, her kind words flowing from a warm and understanding heart accomplished much more than the harsh treatment that I had endured at the carpenter’s house in Messkirch. 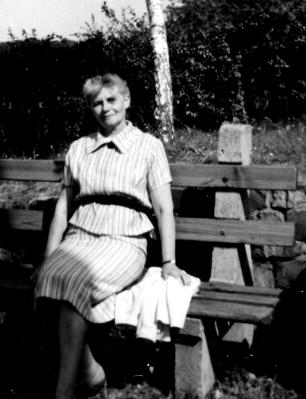 In the spacious living room stood a grand piano. Tante Meta allowed me to play on it, even though I had never received any lessons. What attracted me were not its sheer size and unusual shape and the looks of the mysterious white and black keys. Rather I was fascinated by the discovery that by simply pressing the keys of the piano I entered a world hitherto unknown to me, the amazing world of musical sounds. Each individual note or sequence of notes created a pleasant sensation, which made me search for other notes to reinforce it. I once sang Kindergarten songs to seek comfort from the fear of darkness, I played the kazoo to express the joy of being part of a group, but the notes I played on the piano had a more profound impact. They provided a first glimpse into the power of music to open the doors to my inner being, the very gateway to my soul. However, for someone else, especially for Aunt Meta my musical explorations on the keyboard must have been horrible to listen to. Her patience and understanding were truly admirable. 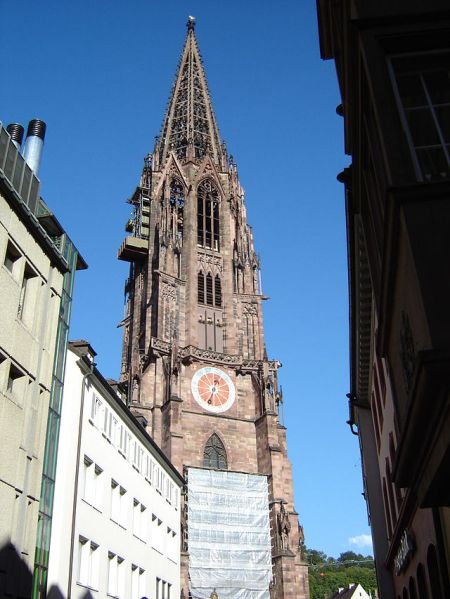 On Sundays, Aunt Meta took me to the church service in the famous Münster of Freiburg. Everything in the cathedral, the towering stone columns, the stained glass windows, the altar, indeed the entire building itself inside and outside pointed heavenward towards God. You stand there in awe of the splendour created to the glory of God by generations of craftsmen. The priest delivered a sermon whose content I have long forgotten. It must have been a very simple homily. For almost every sentence emphasized the need to pray and the need to be thankful. And that was I guess the essence of what the priest conveyed to his flock in church.