Today Richard was very tired. Last night after he had settled down Azure and Emeline and got them to sleep, he sat down at his laptop to do some important work for his college in Montreal. This morning he went down to the lake to provide some strenuous exercise for his kids. As it turned, when they came back, he was very tired and his daughters were not. He had hoped that the little ones would have a long afternoon nap to give him a chance to recover.

Richard, Azure and Emeline ready to go to the Fauquier Boat Dock

While I was napping in the front room, I heard some noises coming from the living room, which were getting louder by the minute. I concluded that Papa had fallen asleep and the girls had slipped out and were beginning to make their presence known by playing the toy piano. So I decided to interrupt my precious nap time and supervise the little ones, while Richard was sleeping. I turned out to be quite a bit of fun watching them dance and pose for me for quite a few nice pictures. Besides I learned quite a few new French words that Azure taught me while we were playing. 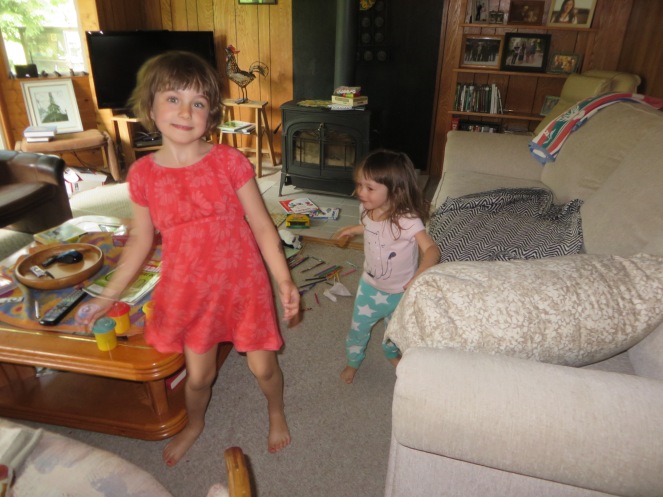 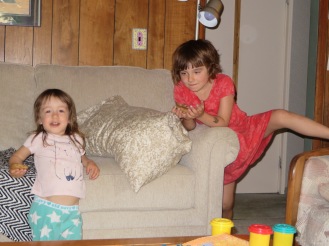 Whatever else of importance is going to happen today, I will publish it in tomorrow’s post.