I will insert in some posts a fact sheet to show what made the news headlines during the same time period in Canada. 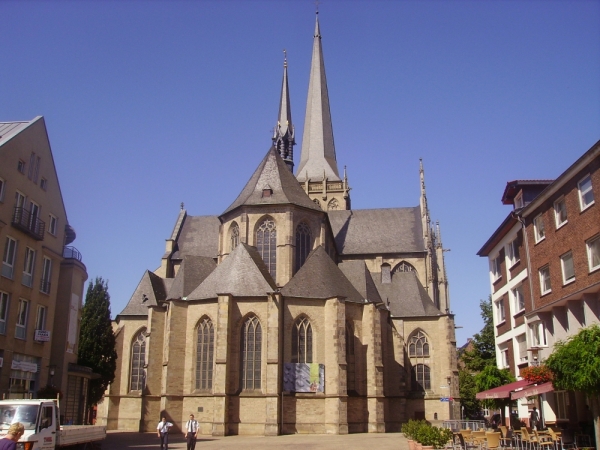 In school I managed to stay within the shrinking number of senior high school students and even improved my grades, especially in physics, where I impressed my science teacher and fellow students with my electronics projects. I brought them for enrichment into the old-fashioned physics lab that was equipped with outdated apparatus. I once demonstrated the ability of capacitors to store electrical energy. Out of old radio parts I had assembled a rectifier that supplied the high voltage energy to charge several electrolytic capacitors wired in parallel. After the device had been unplugged for several minutes, I connected a light bulb to the terminals. To everyone’s amazement the bulb lit up brightly. More than once through similar experimental contributions my teacher entered an A+ in his grade book. These voltage charges were not without danger, especially if I had forgotten to discharge the capacitors or worse, if I had left the power on. Many a times I suffered a severe zap from 300 V DC, when I wasn’t careful enough working with live circuitry. At one incident I was stunned for several minutes by the current that had run through my body from one hand into the other.

My passion for this hobby was well-known to my classmates and the word got around very quickly  that I had built a transmitter for wireless Morse code transmissions. When tinkering with a small electrical motor 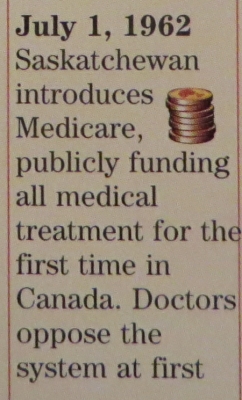 run by a battery I discovered that the stream of sparks on the commutator in turn produced a continuous noise across the entire AM band on the radio. With a long antenna connected via a Morse key to the running motor the electromagnetic signal spread over a distance of several hundred meters. Soon orders were coming in from my excited classmates for the Klopp transmitter, which I was selling at a tidy profit one unit at a time. Of course, it must have been very annoying for the people in the immediate neighborhood having to listen to the dah-di-dah’s instead of the news or music from their favorite radio stations. Even though my nickname Ede accompanied me for the remainder of the high school years and even past graduation as long as I stayed in contact with my closest friends, they also dubbed me the electro-boy. I took the name as a compliment. My friends did not use it to ridicule me, but rather in admiration for the expertise in a field that was supposed to become my professional career. 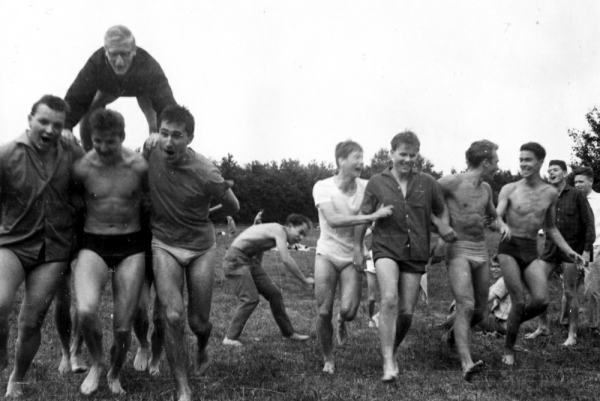 Sports day at the Wesel Highschool – Peter Third from the Left

In Physical Education, where I trailed near the bottom of the class, it was an entirely different story. Because of my extreme growth rate during my teenage years I never felt quite at home in my own body. The old Latin saying ‘mens sana in corpore sano’ had no meaning for me. The call for a sound mind in a healthy body applied only to the fortunate ones whose body and mind grew up together in perfect synchrony. As for me I suffered under the lack of physical skills in the gym and outdoors on track and field days. I was actually afraid of having anything to do with the balance beam, the horizontal bar, parallel bars, the pommel horse, the rings and the vault and often refused to participate in all but the most basic exercises. 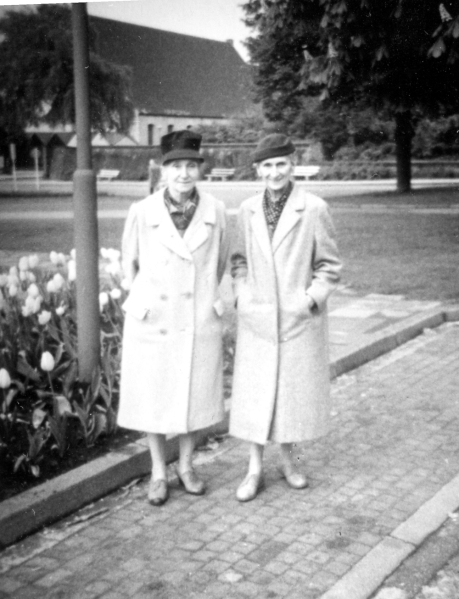 Mother and Aunt Marie(Tante Mieze) on a Walk in Wesel

One day I had bought a book on yoga. The exercises were described in a simple and concise language. They were illustrated by a number of photos that appealed to me. I could practice them in the privacy of my little room at home. Thus, I had a chance to have control in a slow and deliberate manner over my body. Little by little I acquired a skill level that made me proud and allowed me to compensate for my shortcomings in P.E. Soon I was doing a head stand away from the wall, assumed the lotus position for as long as I wanted, even wrapped my knee over the neck and did many other exercises, which with their emphasis on extreme flexibility and coordination of all body parts were bordering on acrobatics rather than on the meditative nature of yoga. When I presented some of the more spectacular exercises to my class during P.E., I had to learn to live with yet another nickname. Even the gym teacher was so impressed with the display of my new-found skills. They were so much different from the prescribed curriculum for the upper grades that he and my peers called me the yoga-man.