A Wall Comes Tumbling Down

But love is much like a dam: if you allow a tiny crack to form through which only a trickle of water can pass, that trickle will quickly bring down the whole structure, and soon no one will be able to control the force of the current. For when those walls come down, then love takes over, and it no longer matters what is possible or impossible; it doesn’t even matter whether we can keep the loved one at our side. To love is to lose control. Paulo Coelho

Having a Good Time in Marburg 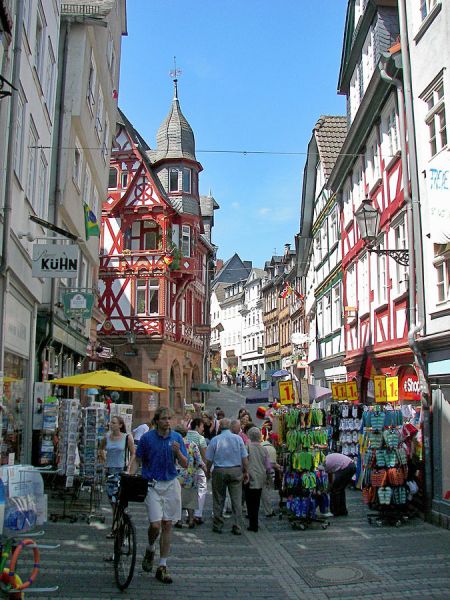 In the afternoon of October 1st, 1964, I stepped into Room 328 of the Tannenberg barracks named after the place in East Prussia, where Germany defeated the Czarist Second Army at the beginning of WW1. The room was fully occupied by ten soldiers. To accommodate me, another bed was brought into the room for the newcomer from Koblenz. Even though I felt like an intruder in this close-knit group of young men, they gave me a cordial welcome into their circle of friendship and camaraderie. We had many things in common, which greatly facilitated my acceptance by the group. All of us were near the end of our army time with 180 days or less left to go. We shared the same know-how of carrier frequency technology and were looking forward to more technical training on the latest communication devices. But best of all there was a love in the entire group for music, singing, even dancing in a wholesome, man-centered environment, which gave me a big lift in optimism and morale. There were three buddies in Room 328, who could play the guitar. They were delighted to see that I had brought my six-string with me. I gladly let them use it, as they were so much better in the accompaniment of our favorite army songs, whereas I was just a beginner and concentrated more on playing simple classical guitar pieces. We celebrated the major countdown dates of the remaining days, first every month, then every week, finally the last ten days every single day. 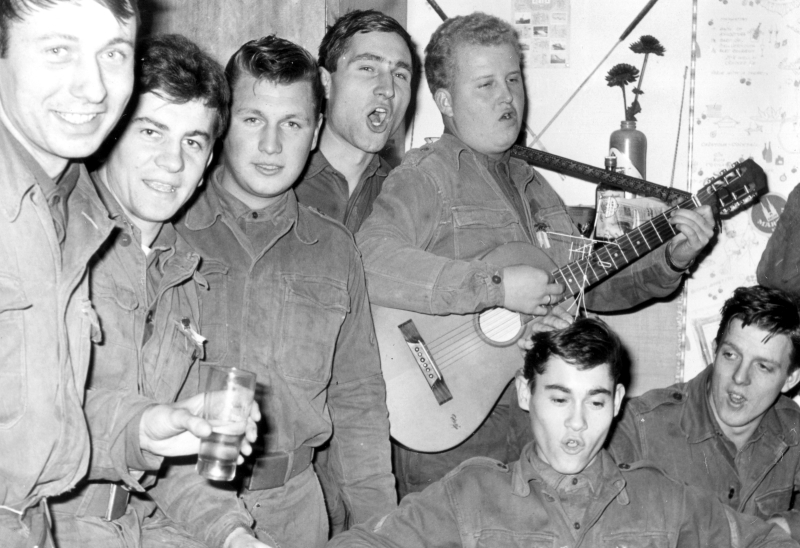 Singing and Celebrating: Peter to the left of the one Playing the Guitar

As part of the ritual we marched through the hallway past the rooms where the new recruits were just beginning their lengthy term of duty. Boisterously, mockingly, but mostly joyfully singing, our voices reverberated throughout the building with the intoxicating line, ‘Homeward bound, the reserve has rest.’ Then we returned to our room for more celebration and merrymaking. On one of these occasions, having already consumed a good quantity of the fine Marburg beer, I felt emboldened to demonstrate to my room buddies how beer can travel upwards from the mouth to the stomach. To accomplish that feat I assumed the typical yoga headstand position. To everyone’s amazement, I drank a glass of beer, which a roommate was slowly pouring into my open mouth. Klopp, the yoga man from high school, had just added a new twist to the ancient Indian system of physical exercises. 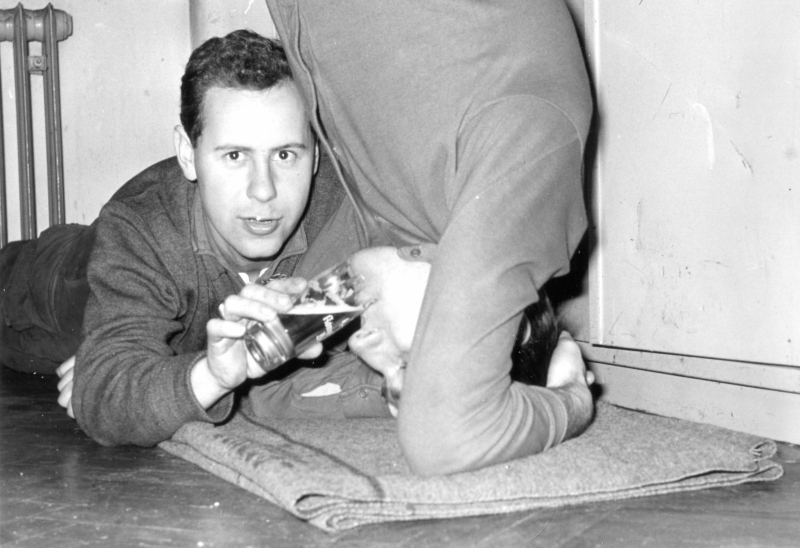 There must have been some favorable mention of my instructional abilities on my transfer papers. For it did not take long before I was asked to resume my teaching duties in basic electricity and electronics. To deliver effective lessons to the new recruits, I was given preferential treatment. For the preparation of the instructional units I had more time than I needed, which I often used to write letters to Biene instead.

Maneuvers and military war games were more frequent now and occurred on a much greater scale often involving several divisions drawn from the various regions of West Germany. The exact starting time, scenario and action plan were kept secret by the high command to make the exercises more realistic. Our commanding officers at Marburg were also kept in the dark and fretted like little schoolboys over their involvement in the upcoming operation. For achieving success in the eyes of the army top brass they heavily depended on our cooperation and technical expertise. Gone were the days of the master-servant relationship of former days at the basic training period. It felt good to be truly respected as citizens in uniform. I remember one particular military exercise very well. Many days ahead of time the Tannenberg barracks were put on high alert. Weekend passes were cancelled. Maintenance crews feverishly worked on the trucks to make sure that they were ready to roll out at short notice. I had to verify that the electronic equipment was functioning properly in the truck that was assigned to my driver and me for the impending maneuver. Alluring promises were filtering down the ranks. If we did well during the seven to ten days of the upcoming manoeuver, we all could count on a pass for an extra long weekend as a reward for our efforts. 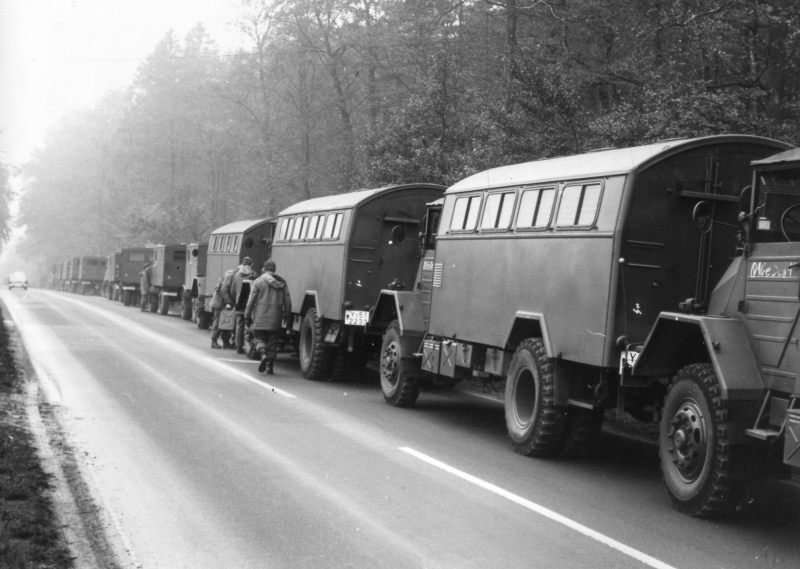 On the Way to Military Exercises on a foggy November Day

Then one day in the early morning hours the long-expected order came. Within less than an hour a column of heavy-duty Mercedes trucks was heading west. The purpose of the operation for all the army units in the northwestern region had finally been revealed. Our mission was to throw back an imaginary enemy across the River Rhine. At a location unknown to me, the truck and electronic gear for which I was responsible was parked in a small clearing surrounded by dense woods. These were tiresome days. My partner and I often worked through the night ensuring that the connections were establishing telephone contacts by the cables, which the linemen were rolling in from all directions. But there were also lulls in the frantic activities, when we took turns sneaking in a little bit of much-needed sleep. The only noise then was coming from the 220 V generator, which provided power for light, electronic gear, but also heat for those chilly November nights. I found the entire experience challenging and rewarding to be at the controls of one of the centers of a complex communication’s network. Tired, but satisfied in the knowledge of having made a small contribution to the success of the Marburg contingent, I took the extra long weekend catching up on some much-needed sleep and enjoying Mother’s excellent home cooked meals and hospitality.