In a letter to Biene I wrote: “A long period of time will come, when we can no longer quickly step on a train and come for a visit. We will have to wait for a long time, before we see each other again. Yet I am confident, dear Biene. For you are no longer afraid you could lose me. One day I will ask you to come. Haven’t we written each other for two years without seeing each other? How much easier will I be able to endure everything, when I know for whom I work and also know that you will come! Dear Biene, you wrote so kindly that it wouldn’t matter to you whether I am poor or rich, if you could be with me and help me. I do not yet know for sure what to expect in Canada. But one thing I know; it is a thousand times more beautiful, if we start our life together than if I could immediately present you with a house and a car. The joy will be much greater, when you can say, ‘Peter, we deserve this sliver of happiness, which we were able to secure for ourselves, because we love each other and you without me and I without you would be unthinkable. In my mind I am propelling us so wondrously into the far away country but without danger, because I firmly believe in our future.

Since you have made your decision. I am looking farther still, beyond Alberta, where I will study at the University of Calgary, over and beyond the mighty Rocky Mountains westwards to British Columbia into the land, which like Germany lies between the mountains and the sea. It is not without reason that people call this province God’s country. Far away from the big cities, nature is still unspoiled by city life and industrial pollution. It appears to me incomparably more beautiful than Germany. Dear Biene, do not believe that I shut out our home country from my heart. Not only, because you need to stay behind for a while, do I depart reluctantly, but also because I must depart from people, who are dear to me. However, the world has become too crowded for me. I am searching for freedom, in close contact with nature, and for meaningful work in my future teaching profession. And should I not find them, I would be bitterly disappointed. But dear Biene, we both want to believe that I shall find after an eager search this envisioned, yes, almost ideal world in the reality of our life.”

Biene replied: “My dear Peter, do you still remember your words, when you asked me to write to you one last time so that our friendship, which threatened to end in a discord, would dissolve in harmony. Sometimes I have to think about these words; for at that time they touched me deeply. For me it was as if this melody, which had always been in my heart, since I know you, must never fade away. Sometimes it only sounded rather timidly, but now my heart is full of music. I cannot express it in any other way. Was our correspondence during the two years not a good test whether the voice in our hearts that drove us together was genuine and true? Say, was it not also good that we had hurt each other and were saddened over it? I would rather be sad over you than feel nothing for you! Pain often carries the seed of deeply felt happiness. If we had never before been sad over each other, could we now fathom the happiness of having found each other?

I am hoping with you that you will find in Canada the freedom, for which you are longing, to be able to develop your abilities. But my dear Peter, you must not despair if you will be a little disappointed in certain things. Yes, you speak from my heart and soul when you say that it is far more rewarding and satisfying to build a future together based on our own strength than when everything just falls into our lap and one lives like in a golden cage. Through you I can now believe in a future, as I have always desired it. If we firmly believe in it and apply our strength, then our dreams, which we have always been dreaming, will become true.”

Biene had already written her final written exams before Christmas and sensing that she did well on them began the New Year in the knowledge that a major hurdle lay behind her and that her high school diploma was almost certainly within reach, although she still had to contend with a lingering anxiety about her upcoming oral tests in February. In contrast to the previous year when due to the emotional turmoil during her engagement with Henk and its sudden break-up her marks had dropped and for the first time in her entire school life she had been facing the spectre of failing the second last grade, now she was looking with a new sense of optimism into the future. She claimed that our love and the wonderful prospect of a life together as husband and wife in Canada gave her the strength and determination to face the challenges of the six remaining weeks at school. 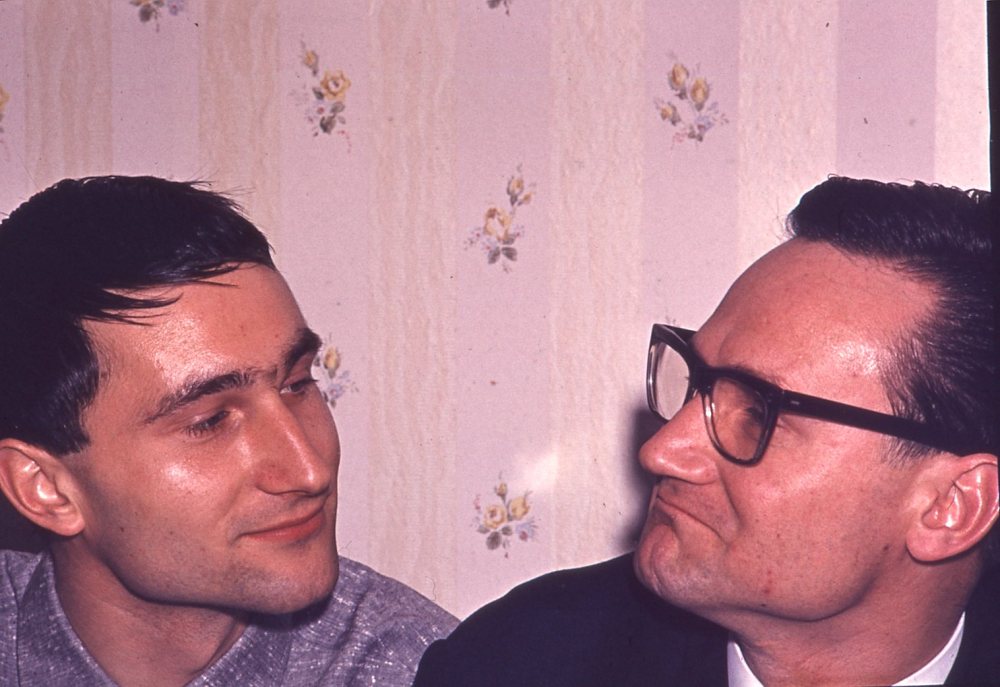 Of course, the ring, Biene’s most precious possession, which she had sent to me by mail and which I wore on my little finger at night, occupied front and center our thoughts and feelings and gave rise to reflections in our letters on its deeper meaning apart from being an heirloom from Biene’s great-grandmother. The first and foremost meaning, which Biene now openly declared, was that it symbolized faithfulness to which both of us from now on were committed through our love for each other. But there was also a hidden meaning, which I in my blindness for Biene’s subtle and unexpressed stirrings of the heart failed to see. I am certain that my roommates with their keen sense of perception would have immediately noticed the ridiculous reversal of roles I would have put openly on display with the ring, if it had indeed fitted on my ring finger. I was blind as a bat to Biene’s unspoken desire to receive an engagement ring in response to her precious gift. I could have prevented a lot of pain in the months that followed, if I had chosen to take the conventional route and on our next rendezvous in March had bought two rings for us. That way at least privately we would have had a semblance of a formal engagement. Alas, this thought never occurred to me.