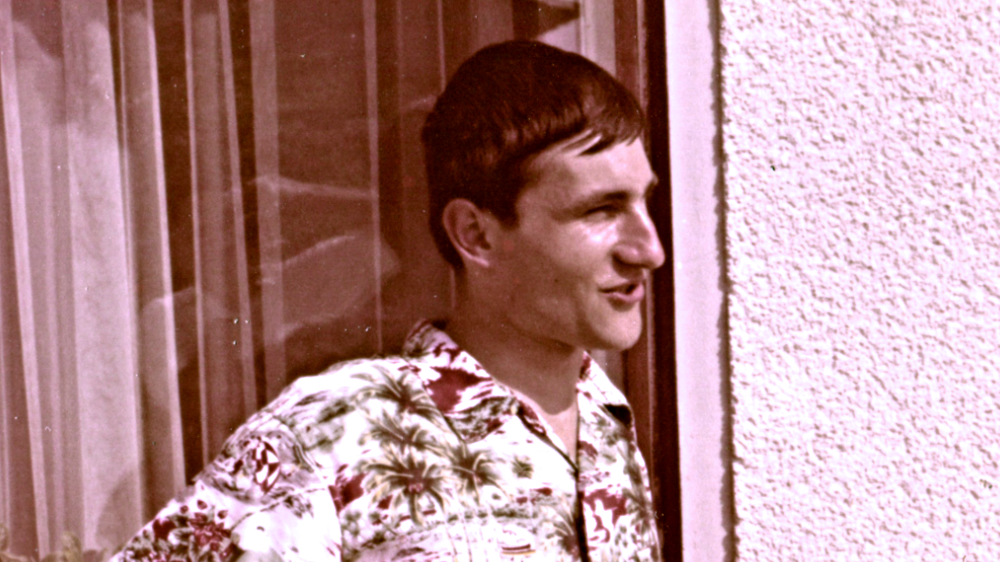 As the drama unfolds I will introduce for each part of this chapter one person, who played a major role in our desperate struggle for being reunited in Canada.

After having dispatched my letter to Biene’s parents I felt very much at ease. With vim and vigour and guided by an indomitable desire to achieve high marks in my academic endeavours, I embraced a regime of self-denial, a kind of mental forced  labour. I cut my leisure hour of guitar practice in the evening, shortened my social lunch time with friends and fellow students at the university, and allocated an extra hour   to my studies at home in the morning. I had no idea about the potential danger to my health by placing so many burdens on my shoulder. But I was happy in the sweet knowledge that all the hard work would pay off in the end. Little did I know, however,  of the storm clouds gathering on the other side of the Atlantic and of the ominous rumblings coming from Biene’s home turf.

My dear Peter, Life is like a brilliant symphony. Again and again I feel this. Every day has its special tune and color and atmosphere and you need to be a poet in order to give a vivid and colourful picture of it. Sometimes the melody of the day is light and joyful, in other times dark and full of melancholy.

Today was a bright and sunny October day, and pushing the carriage with the little laughing Paul through the park, I felt happy and at peace with the world. Here in England I have gained new aspects of life and I really feel for the first time free and independent. Two letters, which arrived with the second post, made me hurry to the place, where I usually have a little rest in the sun. I got your letter as well as my mother’s and I have a lot to tell you. At first, Peter, be assured that my parents got your long letter. Don’t worry about not having received an answer until now. I am going to tell you the reason although I rather would not like to speak or even think of it, because it makes me feel unhappy. My aunt (you know, I sometimes talked about her, because I loved her very much) died a fortnight ago. My parents went immediately to Berlin and stayed for a week to arrange everything for her funeral. All the tasks connected with my aunt’s death caused my parents much grief and my mother felt mentally and physically exhausted after the journey and she was not even able to write to me. As soon as she feels better she will let you know what decisions she and my father have made. She asks me to tell you that this is the reason for their long silence. My mother had to tell me so much about the last happenings that she only gave notice to me of the mere fact that she got the letter from you. Yet she did not discuss it. She only reassured me that she would stick to her promise and try to help us in any case…

In love yours forever, Gertrud

A day later, having not sent off the letter, she continued on in German, which I took as a bad omen, and so it was.

Today I received a long letter from my brother, which contained the main thoughts and arguments, which he as he told me had written also to you. It is quite impossible for me at the moment to delve into all the details. I didn’t know at all that you don’t find it easy to stay in Canada. This is in any case the way my brother interprets your words. As soon as I have answered my brother, I pass on his letter to you. Dear Peter, my decision is firm, and nothing can detract me from what I recognized as the right thing to do. I have no fear of an uncertain future. This just for today! As soon as I have a little more time and leisure I will write you everything, which I have considered and decided.

I knew all along that, when this moment came, everybody would be against our plans.

For the moment it was very easy for Biene to stick to her decision. To join me in Canada was not only the right thing to do, but also fulfilled the promise of love between the two of us. She was still far removed from the source of disapproving views on getting married to a young adventurer with an uncertain future in the far-off and hitherto unknown country of Canada. Thus, she was able to take a firm stand against the first volley shot by her twin brother Walter across the English Channel.