Uwe’s mother originally comes from Breslau (now a Polish town by the name of Wroclaw). She was just six years old, when she had to flee with her family from the advancing Red Army. Somehow the family with four children managed to reach Dresden. But she does not remember much about it.

On February 12th, 1945, they were left stranded at the Central Railway Station and the trains were not moving anywhere. The father, who had been a governmental councilor in Breslau and also in charge of transportation, for some reason had on his key chain a square-headed key. To get his family out of the overcrowded railway station, he took the family to an empty locked train car that had been moved some distance from the station.By means of this square-headed key he opened one of those locked cars, and his family could finally find some rest. Shortly after, the ’empty’ car was moved to another location so that it would be protected from the impending bombing raids (How many people could have been taken and saved!)

And so it came to pass that during the night that followed the family could escape the devastating aerial attack. The train was parked on a sidetrack near Chemnitz in Waldheim, where the family then stayed. 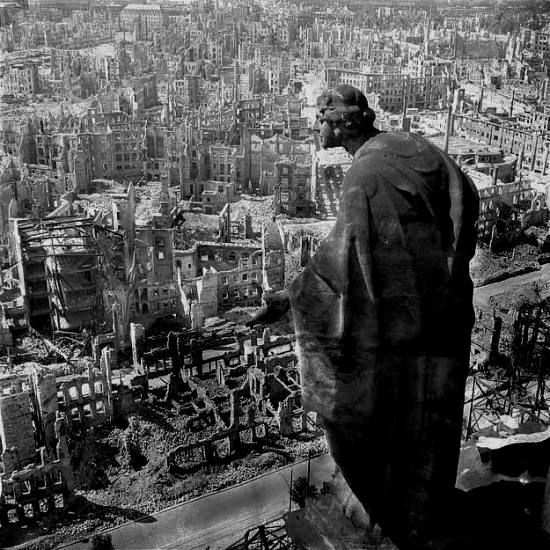 Dresden after the Devastating Bombing Raids