Joy at my Father’s Home

Right from the beginning of my visit Erna and I got along very well. Her cheerful and lively disposition did not allow me to lose myself in gloomy moods, as I was occasionally prone to do, especially during prolonged periods of idleness and aimlessness. I could even see, even though I was reluctant to admit it, that Erna was the right person for Father. She was the sunshine that had brought lightness and contentment to his sunset years. From her radiated a contagious joyous spirit that created the in-peace-with-the-world atmosphere so conducive to Father’s healing process from a torturous past, from which he only now began to recover. I definitely do not remember him as a man broken in body and spirit, as my distant cousin Eberhard Klopp described him in his book of the Klopp Family History.

Erna also had a moped of the same make and the same 49 cc class as mine, on which she would travel down the steep hill into the town of Schotten to buy the few things she needed for the small household in Michelbach. When there is company, one always seems to find the time to show off the beauty surrounding one’s home turf. Without visitors one tends to delay and leave such outings for another day. Erna was no exception. Now she was eager to travel with me to the nearby-forested hills, up the scenic Nature Park around Mount Vogelsberg, down winding country roads into the lush verdant valleys neatly tucked in between minor mountain ranges. There was no better form of transportation than our two mopeds. With a lunch pack clamped to the rear luggage rack we were ready to dart off into the wonderful Hessian landscape. Father a little overweight for these light machines gladly stayed behind looking after a few chores still to be done on this mini-farm with just a few goats to feed and milk,. Just as we were revving up the engines, Father came to the road to congenially shout over the noise, “Have a good trip!” At the end of my vacations thanks to our weekly excursions into the hill country, I had acquired a solid geographical knowledge of the region. As I was internally preparing myself to leave the Rhineland for good after my graduation, I had already created a new base to drop in as son and stepson, a place I could truly call home.

In the long summer evenings after supper we three would sit in the living room leisurely sipping homemade apple cider. We would talk until it was time to go to bed. More accurately speaking it was Erna, who did most of the talking. She truly had the gift of the gab. With the unerring memory for minutest details spiced up with colorful expressions and peppered with the melodious dialect of her village she was the born storyteller. I will never forget how she described the chaotic scene of the German Reichstag of the roaring twenties. She and her friends were sitting in the same living room forty years earlier and acted out the ugly political debates they had heard over the radio. And they did this with such exuberance, with so much mock yelling and screaming that the poor cats terrified by the brouhaha created by the inflammatory speeches sought refuge under the sofa and added to the parliamentary cacophony with much hissing and growling. 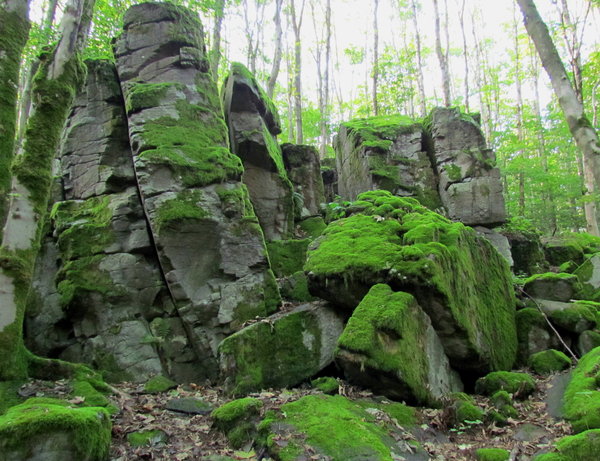