Mateo, our 15-year-old grandson, arrived with his family from Montreal at the end of July in 2014 and spent two weeks mostly camping at Taite Creek Camp Site on our beautiful Arrow Lake.

Mateo Posing with Azure and Eméline

He has grown into an amicable young man. Of course, grandparents notice changes much more, especially when they don’t see their grandchildren very often. Mateo impressed us with his kind, caring and loving manner, with which he interacted with all family members, in particular with his two little half-sisters Azure and Eméline. 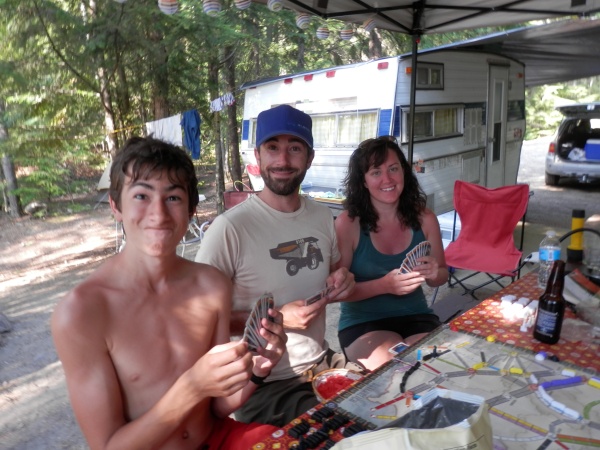 Great-grandmother Erika Klopp would have been delighted to see Mateo’s passion for card and board games. All he needs to learn to play now is the Kegler-Klopp favorite card game ‘Doppelkopf’! In my mind I already see the approving nods from his ancestors of Pomerania, Gutfelde and Watzenborn, if he were to take up this traditional family past time.

On a warm, sunny day his uncles Robert, Tony, Michael and Stefan, his aunts or aunts-to-be Angie and Lisa, a camping buddy from the next site, and two dogs set out with Mateo on an exploratory expedition in boats and canoes to find the elusive hot springs 10 km downriver at Octopus Creek. After hours of rowing and paddling they arrived at the mouth of the creek, where a scene of total devastation presented itself to their astonished eyes. Heavy spring rains and melt waters in previous years had completely destroyed this remote campground. Trees torn down by the flood were piled up in an almost impenetrable jumble of logs and debris. 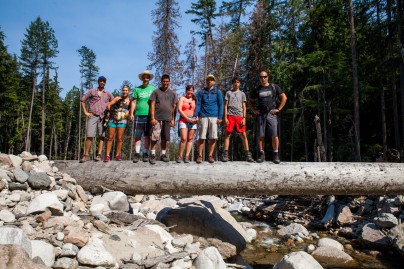 Despite the obstacles the adventurers decided to climb up in search of the hot springs by following the creek upstream. But after a few hours of strenuous scrambling over and under fallen trees, which  were straddling precariously over the canyon walls, they gave up. Caution had prevailed in the face of danger and potential disaster. Although Mateo felt very tired being the youngest in the group, he was happy and cheerful, when they returned at our camp site. 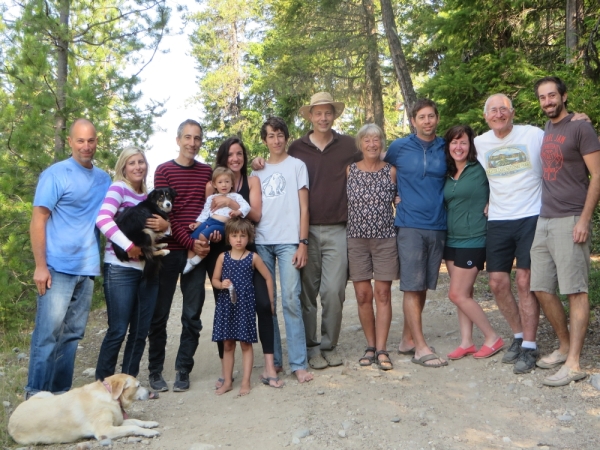 Right now he is back in Montreal studying hard to get good grades in Math, Science and Computer Programming. It seems he has found a concrete goal for his future career in life. He will most likely follow in the footsteps of his godfather Stefan. Biene and I are very proud of you, Mateo!