Will a Passionate Poem make a Difference?

“Picking up the pieces of a shattered dream is better than having no pieces to pick up at all.” Matshona Dhliwayo

Poetry to the Rescue!

For three long months Biene had to endure the assaults from her parents, twin brother, relatives and friends on our plans to carve out a niche for our future in Canada. No doubt, while the arguments were partly driven by selfishness and the fear of losing daughter, sister and friend, they were also motivated by love and concern for her happiness in a distant land. Biene, endowed by nature with a big heart and a keen sense of perception felt empathy especially for her mother’s despair. Thus, she made compromises, which deeply affected me and touched a very sensitive nerve.

While Biene was struggling with real people, who were bent on imposing their idea of happiness on her, I in faraway Canada had to fight a different battle. Having no one to talk to and argue with, I battled with phantoms breaking through the crevices of my beleaguered mind, where dream and reality once so intimately interwoven were drifting apart with each new letter from Germany.

Then I remembered that two years earlier I had written a novella entitled “Carthage” (yet to be translated into English). The book written for Biene was my desperate attempt to declare my love to her and to win back her heart after the engagement with her Dutch fiancé had fallen apart. So as a prelude to a very long letter I composed  a poem. It was written in the spirit of German classic literature and poetry that I was studying at the time and was definitely inspired by my worries about all the troublesome changes made to our plans. The poem was to remind Biene of our hopes and aspirations, which we had recorded less than a year earlier in our book of dreams.

Below is the original poem in German with a translation with no attempt to preserve rhyme or rhythm. My hope is that not too much of its emotional impact is lost in translation. 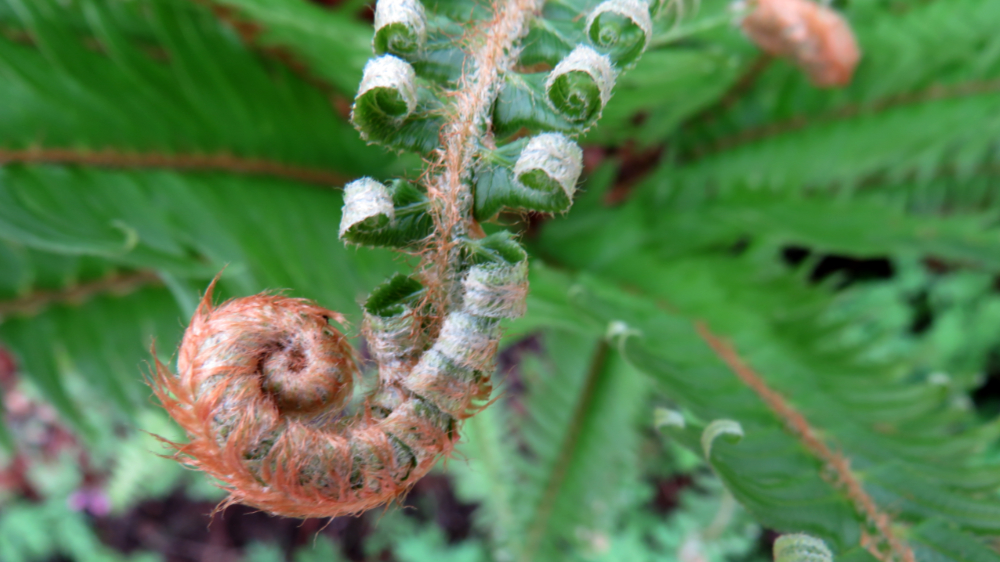 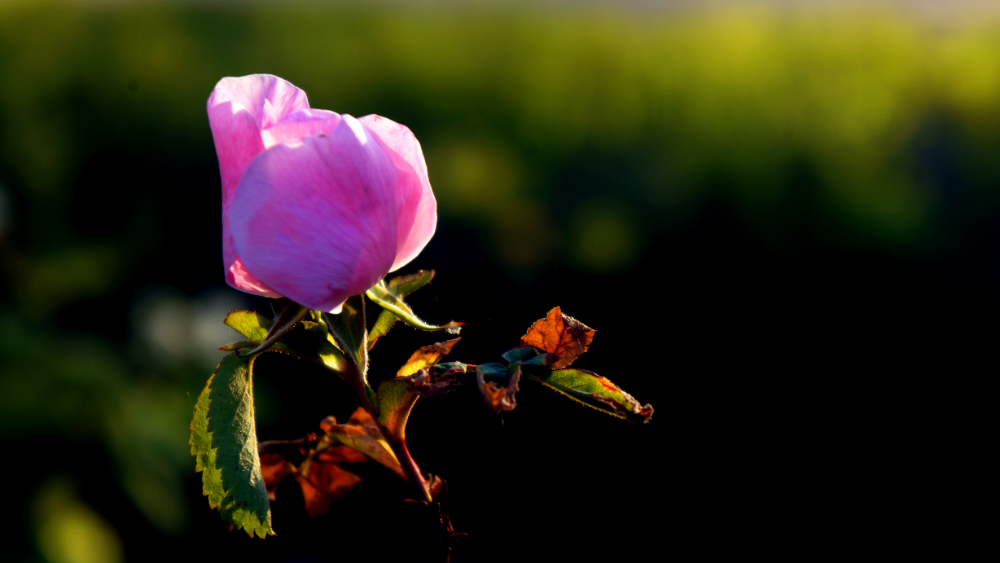 Worry about a Lost Dream

Oh let once again those hours

of togetherness arise before you,

to see the still unbroken flower

of quiet bliss a second time.

Do you remember how I with inexperienced hand

wrote golden lines in our book of dreams,

the gentle veil, which promised to span a lifetime

in tender sweetness, where it remained?

Sweet and heavy bliss, once vanished,

penetrated our hearts with Dionysian force;

for we, as links in the chain of ancestor and descendent,

rebellious and hopeful found our strength and support.

With somber glance, I see the last rays of the day

in icy heights unfold before me.

Even though a distant heart still beats for me,

I sense fear and worry reign within me.

While seeking to catch the aura of the past,

I look questioningly up to the evening sky.

Dearest Biene, come and hurry to my  hut

and open the book of our dreams again!

I passed the exam, also the one in English. But this appears unimportant to me in the light of your coming this spring. I will write you the details of the exam some other time.

I fear that a few things I wrote must have hurt your feelings. I am sorry and apologize. You are in the least responsible. Rather the causes for all the troubles rest with me. That’s what I think; for I have critically examined myself. You know, when I am separated from people and I am sitting for hours at the same spot and study, then painful loneliness takes control over my heart. It comes from nowhere, from the silence of a tortured soul. However, I am aware that this pain can be alleviated by a sociable life and above all by the giving and receiving of love. You see, dear Biene, in our separation I often did you wrong, when unexpected news and such moods came together in a perilous brew. From now on I will make an effort to separate the two from each other.

O Biene I appear to me like a stubborn grumbler, because I must voice my objections all over again. I worked out with my brother that as a typist in an office you will barely earn enough money for the flight back home. And how do you propose to get to Canada, if your father is not willing to pay a single penny for the fare? Biene, forgive me please, if I seem to be so harsh; but you appear to dream about a happiness that still needs to be acquired with all our strength. The wedding is just the beginning of a lengthy struggle and not the final station of perpetual bliss. Whether we stay in the basement suite or whether we move, we will be lacking everything. I am still eating from the plastic plate my mother once gave me when I was a boy scout. We will need tableware, cooking utensils and a few pieces of furniture. My brother is willing to pass on a few things to us. But it goes without saying that he can’t give away everything. I got to know many student couples, who started like this and have been quite happy all the same, because they could watch their day-by-day progress. But they did not start with debts, which would be the case, if we worked all summer not for our apartment, but for your return flight.

I see only three solutions out of this miserable situation: EITHER you follow completely your mother’s advice, come here for the summer, make your decision and work in a household, where you don’t have to pay for room and board, OR we get married after a certain waiting period and we let your father pay for the flights to and from Germany OR in case he doesn’t, you stay in Canada and we invite your parents to come. Later when we are financially better off we could fly together to Germany. I think this is a reasonable and responsible suggestion and I wished you would think it over during a quiet moment. 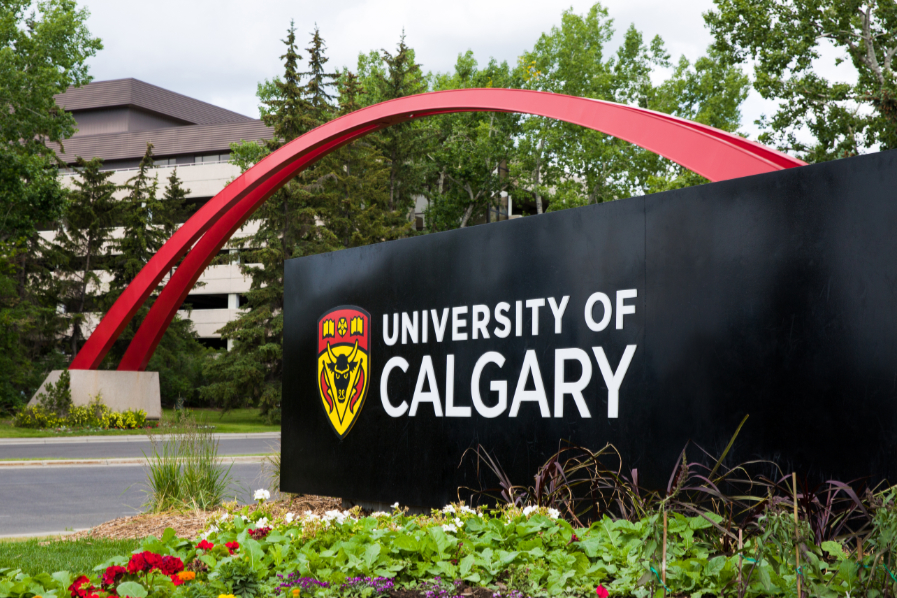 Dear Biene, I also want you to have your freedom to decide. During the first six weeks here a double burden will rest on your shoulders. I have no choice any more, since I have made mine already in December. So your yes will also be my yes and your no will be my no. Look at everything carefully when you come including the things that might shock you and then decide whether you can bear the absence of your relatives and friends for a long time. If you think you can, then throw our love onto the scales for the final decision.

The poem expresses the worry that dream and reality are no longer as close together as they once were in Michelbach and that the role in a family as wife and mother would no longer mean as much to you as then. How can I possibly explain that later after a few years, when we will be doing better, you would want to study from morning till evening  and to withdraw  as wife and mother from the family just to obtain a diploma? Biene, please understand me correctly. At the university there are many inspiring individual courses, which offer opportunities for intellectual enrichment. I would be the last one to oppose such desires. But a full university program as you desire indicates that you have begun to look at life, love, and marriage with different eyes. The goal that I once vaguely and exuberantly set in our book of dreams is still worth striving for and has already taken on clear and concrete forms. Yes, we evolve and we must work on us, but we should never ever attempt to change our character. Actually I don’t worry too much about you. For I know how much you are exposed to your mother’s influence. She planted contradictory ideas into your heart. Here her endeavours for your security are going too far. Perhaps in her fear about you she believes that one day I could abandon you or we could separate and then you wouldn’t have a profession to fall back on. Please reexamine earnestly if such wishes in you are genuine or if they merely represent a favour towards your anxious mother. For me this is a question of utmost importance and I hope it is for you as well.

Again I seem to be so stiff-necked, and it hurts to be like that. Just follow that one path that once had been the right one for both of us. In fact I am not commanding you to do anything Rather I am imploring you not to deviate from our life’s ideals. Even if we cannot reach them completely, the work and the endeavour towards them will provide sense and purpose of life. In an active and meaningful life true happiness will not be very far.

Give my kindest regards to your parents and your brother Walter.

For now be lovingly embraced by your Peter

just a few lines! How much I feel for and understand your worries! Have no fear. All my dreams about our future are still the same. And I will try everything to realize them with you, believe me. As to the money my parents (my mother actually) are prepared to pay the return fare. But I will do it only as you suggested, because I know my father has enough money. If only I were already with you, then everything would be easier. I am waiting for more information from Cologne. At the moment I am completely exhausted; but I will soon answer all your questions. I am so happy that you passed your exams. Peter, I shall always be, God willing, a good wife to you.